Arsenic in Rice: A Global Comparison 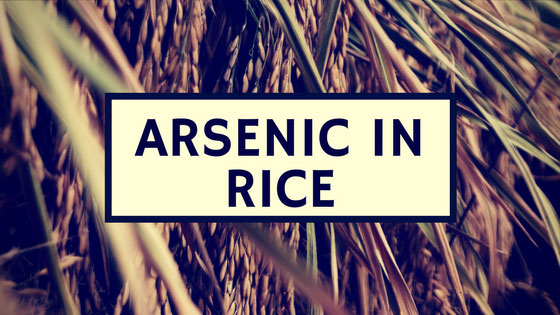 Arsenic (AS) is an element in the Earth’s crust and is present in soil, air and water. Arsenic rice lives in two forms: organic and inorganic, where inorganic AS considered to be more toxic. Farming has nothing to do with the term “organic”; it denotes to chemical features. As FDA put it, the compound is organic, when AS atoms bond with carbon and if no carbon is found, it’s inorganic.

For much of the world’s population, rice is a potentially major source of dietary AS, where 10 to 90% of the fraction is inorganic.

According to FDA (2017), when compared with other foods, rice has higher levels of inorganic Arsenic rice, in part. Because the grain and plant are more inclined to absorb arsenic more easily than other food crops. FDA has proposed a limit of 100 parts per billion (ppb) for inorganic AS in infant rice cereal, in April 2016.

Whereas, the EU regulation (EC) 1881/2006 in its current version sets a maximum limit of 0.25 mg inorganic AS /kg for parboiled rice and husked rice; and 0.10 mg/kg for rice destined for the production of food for infants and young children. According to the European Food Safety Authority (Scientific Opinion on Arsenic in Food. EFSA Journal 7(10): 1-199, 2009), the percentage of inorganic in relation to total arsenic in rice varies between 30-90 %.

Moreover, in 2009, an opinion was adopted by the European Food Safety Authority (EFSA) on arsenic in food. In which, it concluded that previous limit was no longer appropriate as data had shown that inorganic AS causes cancer of the lung and urinary bladder in addition to skin. The European Food Safety Authority pointed out that most exposed to inorganic AS dietary exposure were ethnic groups and children under three years old in Europe.

In several parts of the world, irrigation water containing arsenic is an evolving problem for rice production, especially in Bengal basin, which can lead to long term soil contamination with arsenic (Zavala & Duxbury, 2008).

A market survey conducted by Zavala and Duxbury (2009) showed that the rice grown in the U.S., Italy and Spain contained the highest levels of AS and mean values (0.156-0.19) mg/kg. In contrast, rice from Pakistan arsenic and India arsenic contained significantly less AS than rice from the three high countries. The authors also noted that the widest overall range of (0.0008-0.714 mg inorganic arsenic/kg) was found for the rice grown in the U.S.

A Research by Pakistan Organic Farms

A recent survey of Total Arsenic rice in Pakistan was conducted by Pakistan Organic Farms, exporter and supplier of organic rice. In which, 3 samples of organic brown basmati rice containing 500 grams each were sourced from their organic farms in Punjab. Rice samples were classified based on city of production (Nankana Sahib, Gujranwala and Lahore). The survey revealed that rice grown in Punjab had the concentration of Total Arsenic of less than 0.2 mg/kg. The samples were analysed by an international inspection company, Eurofins Global Control. Analysis of data confirms the claim made by Zavala and Duxbury (2009) that Pakistan has significantly less Arsenic (mean 0.2 mg/kg) than US (0.714 mg/kg).